Coastal Alaska Adventures has a long history of sponsorship’s and donations in Alaska and throughout the United States. Being a local company, we understand the importance of supporting individuals and charitable organizations.

The purpose of the Pathfinder Foundation is to:

The Texas Hill Country Chapter is dedicated to sportsmen’s interests in the Hill Country and around the world.  We recognize that the most important function we have is to support the protection of your right to hunt! Also, we recognize, the absolute importance of being involved in conservation efforts here and around the world, as SCI is the greatest leader and supporter of any organization in that field.

Founded in 2008, the SEAL-NSW Family Foundation is a nonprofit organization that raises funds and awareness for special programs in direct support of the Naval Special Warfare families on a local, national and global scale.

In 2012, the Foundation raised $2.2 million in funds, including more than $500,000 for the Ty Woods and Glen Dougherty Memorial Funds. More than 90 percent of all funding supports direct services, and remaining funds directly support program administration and Foundation operations. 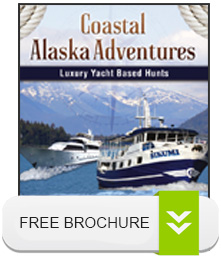